Formed in 1978-79 (?) at , ’s Paper Lions (the original Paper Lions, not the other Atlanta band who released a CD in 2003) played most every club in once. Hedgens for “Rush Hour Rock”, the Bistro (filmed for a cable access show- anybody got that tape?), , (which had been a strip club, and you played in a row on the runway), TV Dinner, and some more I’m too old to remember. We got our name not from the Plimpton book but rather a huge circus poster of a lion that covered the back wall of Mack's basement, where we practiced.

The original band released a 45, produced by Jim Hicks, along with the band and friends Paul and Robert Evans, notables of the band Angelust. It was recorded at the now extinct Protestant Radio and , across from the CDC at Emory. The Swimming Pool Q’s recorded their debut album The Deep End there as well. It sounds a lot better than we did…! 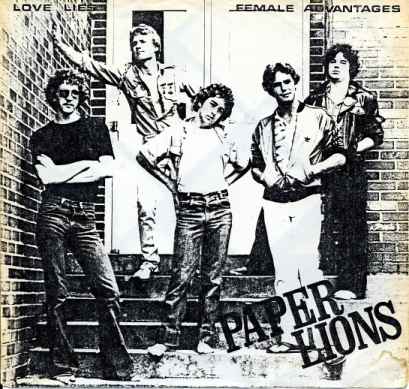 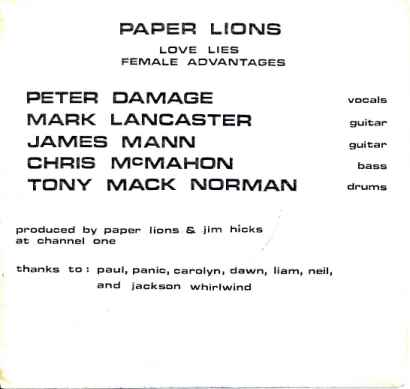 Mack did the graphics of the sleeve, the picture was taken at Druid Hills, and I'm wearing a fake leather jacket while attempting to look like a badass. Ha. We ran off the sleeves at Kinkos and glued them together ourselves. The record was actually for sale at Turtles in Emory Village. Oh, how the money rolled in. Ha again. 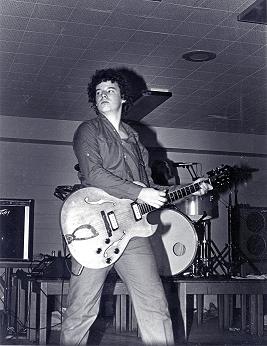